Página 11
... they respect the right of all peoples to choose the form of governlent under
which they will live ; and they wish to see sovereign rights and 1f - government
restored to those who have been forcibly deprived of them ; Fourth , they will
endeavor ...
Página 36
If these problems can be solved , on democratic lines , more people will naturally
prefer to come to live in Canada , and immigration will continue , though not ,
probably , on as large a scale as before 1930 and not merely for land settlement
...
Página 53
Long live Mexico ! Long live independence ! ” BIBLIOGRAPHY Blasio , José Luis
: Maximilian , Emperor of Mexico ( Yale Univ . Press , New Haven , 1934 ) . Corti ,
Egon Caesar : Maximilian and Charlotte of Mexico ( 2 vols . , Knopf , New York ... 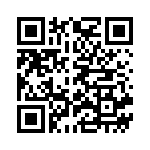