Página 86
I have two fine specimens of their work , Hell - Verhandeling von der Helle en van
Christus which for some time were in the possession nederdalinge der Helle ,
Groningen , 1694 . of Alderman Lawrence of the City of London , I believe this ...
Página 126
The second copy place Royall according to the plott or designe of belonged to
Sarah Disraeli , and is now in building in the fields , North , on the intended the
possession of Mr. Coningsby Disraeli . church yard west , and on another pacell
of ...
Página 428
I stipple engraving in my possession , dated have not been able to ascertain the
origin of 1802 , his nephew was Mr. Brook , Seal ... I possess books on London , I
have very little to say of a tiny medal of the first Duke of Wellington , the latter . 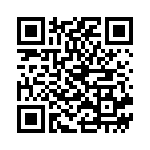