Excerpt from review by Tom Duggett in 'Romanticism' (13:1), 90-92; full text available at:
http://muse.jhu.edu/journals/romanticism/v013/13.1duggett.html
This innovative book seeks to gain ‘access to history’ through the ‘(re-)construction of emotion as an aesthetic form’ (24), with the foundational premise that the ‘formal consistency’ of every cultural artefact and historical narrative necessarily bears the legible imprint of ‘missed’ historical experience (25). As Pfau puts it (in prose both bureaucratic and baroque):
"When approached as a latent principle bestowing enigmatic coherence on all social and discursive practice at a given moment, ‘mood’ opens up a new type of historical understanding: no longer referential, thematic, or accumulatively contextual. Rather, in its rhetorical and formal-aesthetic sedimentation, mood speaks – if only circumstantially – to the deep-structural situatedness of individuals within history as something never actually intelligible to them in fully coherent, timely, and definitive form." (7)
The resulting approach is frequently highly productive. Particularly impressive are the second and third chapters that relate a broad sample of 1790s ‘social and discursive practice’ (the Revolution pamphlets of Burke, Wollstonecraft and Paine, the prophetic poetry of William Blake, William Godwin’s ‘terrorist novel’ Caleb Williams (1794), the cartoons of Sayers and Gillray, and the legal arguments of the 1794 treason trials) to a prevailing ‘mood’ of paranoia. Chapter six, focused on melancholy and the deconstruction of high Romantic interiority in Keats, argues persuasively against the historicist tendency to correlate a poem like ‘To Autumn’ with specific events like the Peterloo massacre, since ‘the very particularity of that calamitous event … renders it ill suited as a semantic framework’ for such a ‘carefully stylized’ lyric (341).

Thomas Pfau is a professor of English and Germanic languages at Duke University. 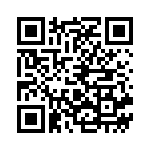