Página 143
Now Widsith links twelfth century , but in addition to yielding the Bāningas and
the Burgundians together Waila , it retains , along with some younger in l . 19 ,
and , as Mr. R. W. Chambers has MSS . , the very ancient form of Sigericus
acutely ...
Página 281
It must be remembered that it was only REPLIES : -Site of the Globe Theatre , 290
— " Sparrow in the first half of the fourteenth century grass " -Skye Terriers , 291 -
Sir John Gilbert , J. F. Smith , and The London Journal ' - Fielding's Tom that ...
Página 358
BETHLEHEM HOSPITAL , known more generally by But him as for a Map doth
Nature store , To show false Art true Chivalry of yore . that name of Bedlam round
which grim associations have so thickly gathered , is a thirteenth - century JOAN
... 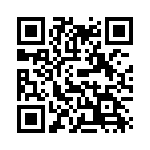