While there are several other story lines in this book, at heart it's an account of Nelson's April, 1801, assault on Copenhagen--and of Hyde Parker's shortcomings as a fleet admiral. Our protagonist ... Leer comentario completo

Lt. Drinkwater, of the British navy, takes part in the Baltic expedition of 1801. Though in command of a mere support ship for the bomb vessels (as mortar-firing ships were called), his initiative ... Leer comentario completo

Richard Woodman was born in London. England in 1944. He became an indentured midshipman in cargo liners at the age of 16, which resulted in a 37 year nautical career. He became captain in 1980. He spent 11 years in command at sea, 6 years in operational management ashore, and is currently a Board Member of Trinity House, the authority responsible for navigational safety round the coast. He is a regular correspondent for the shipping newspaper Lloyd's List. He has written over 50 books, a mixture of fiction and maritime history. His fiction works include the Nathaniel Drinkwater series, A Kit Faulkner Naval Adventure series, and The William Kite Trilogy. He received several awards including the Desmond Wettern Maritime Media Award in 2001 for his journalism, the Society of Nautical Research's Anderson Medal in 2005 for three major studies of convoy operations in the Second World War, and the Marine Society's Thomas Gray Medal in 2010 for his five-volume history of the British Merchant Navy. 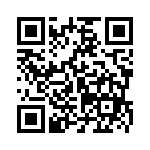