Página 28
The right was its concentration of authority . to property has been agreed for most
' We see a body , ' he wrote of the of human history , though the defini National
Assembly , ' in its constitution of property may be wide or tion with every possible
...
Página 29
Whatever is supreme in a sources of authority ( which should , state , ' he wrote , "
ought to have , as in fact , like the trade unions or the much as possible , its
judicial authority C.B.I. , have no proper authority , so constituted as not only not
to ...
Página 354
Stuart kings , kaisers and tsars , maharajahs and shahs , clan chieftains and
desert sheikhs have all in the past claimed a Divine Right to exercise patriarchal
authority . Some still do . When a patriarch becomes overbearingly oppressive ,
or is ... 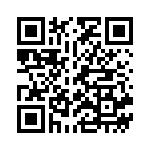